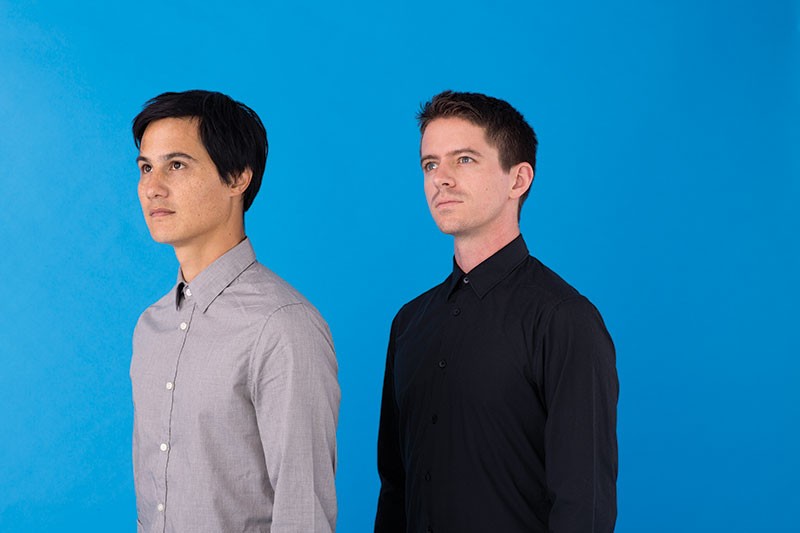 It seems that after ten years and six albums together, the musical duo of singer/guitarist Meric Long and drummer Logan Kroeber may have just hit their rock and roll stride. Last week, the San Francisco-based indie pair announced their forthcoming new album, titled Individ; and this weekend, they play a special career-spanning set in Healdsburg as part of the first annual Banshee Fest, presented by Banshee Winery.

From his relatively new digs in Berkeley, Meric Long talks with the Bohemian about the new album, scheduled for release January 27, 2015, and about achieving a creative comfort level in the studio. "It's our heaviest and most upbeat record yet. We tried to make it that way at least," says Long. "It's more spontaneous than our previous record, more on the spot. It's a really fun way to make a record; it felt like we were firing on all cylinders."

The Dodos are releasing Individ on the heels of their 2013 album, Carrier, a celebrated, but certainly more subdued record. Long explains how working on Carrier led to their new, energetic album.

"There was a big learning curve for us," says Long. With Carrier, the Dodos found themselves in a new studio space and with new engineers. Just so happened that the space was the legendary Tiny Telephone Studios, and the engineers were the brilliant brothers Jay and Ian Pellicci, who've worked with other Bay Area bands like Deerhoof and Rouge Wave.

"By the time we finished Carrier we became comfortable with what we had," says Long. "We were feeling creative and excited about what we were able to achieve in the studio. It felt like we should continue to do something.

"On the previous records we had practiced a lot more before we went in to record," explains Long. "And that was the big difference. This time we felt comfortable enough to go in with a skeleton of the song, and, while we're recording stuff, create the song as its happening.

"We got about seven or eight songs done. Some were spare and mellow, but there were already some pretty, for lack of a better word, gnarly songs on there. And I thought it would be really cool, instead of having the record drop off, have it take off even more in the second half. It never really lets up, it's a pretty gnarly record."

With Individ on the way, the Dodos are making their way to the North Bay for a special show at the Raven Theater as the inaugural Banshee Fest's marquee event, highlighting a day of food, wine and music that benefits the Healdsburg Food Pantry.