Live, fresh, new—catch it while you can 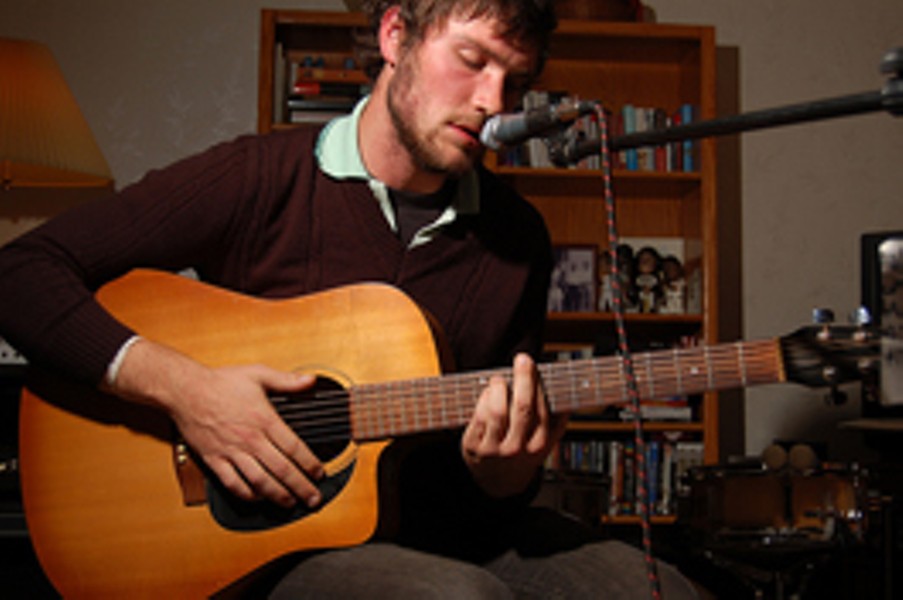 T he rumbling shakes the floor and the sneakers of 30 or so people taking in the vibrations. The flyers said this band was from Portland, but the bizarre, rambling singer, at the end of a freeform spoken-word poem, announces that they're from Colorado. They sound like they're from outer space.

This is what it's come to: shows in old sheds like this one. Shows in barns, in living rooms, in garages, in abandoned buildings and on empty docks. This is the thriving underground in an age when legitimate clubs seem to get shut down left and right, when the sanctity of Wine Country supercedes the communal nourishment of its offspring. The cops are sure to come and break this night up—we're only on band number three of a six-band bill here—but no one seems concerned. What do you say to the cops, anyway?

The band's plunged into a groove of organ-pedal bass, growling fuzz and Thelonious Monk&–like piano soloing. Finally, heads are nodding. You get the feeling that they're making it up on the spot, whatever "it" is. You're certainly not gonna hear it on the latest iPod commercial, and you may never hear anything like it again, unless you move to Portland or Colorado or outer space.

This morning, we all read the front-page news about another nightclub faced with closure by the city of Santa Rosa. Too many problems, the city says. The club promises to water down its drinks and quit playing hyphy, and as pathetic as that kind of pleading sounds, it probably won't help anyway.

But for years, the story's been the same: the most creative music bubbles in young circles, and young circles will always build a new boat for themselves when the helm is taken away. It's an inspiration to see resourceful action like tonight, and with so much processed, auto-tuned garbage passed off as popular music these days, this immediate, spontaneous music is a breath of fresh air.

I almost lived in this house 10 years ago, looking for a place with a girlfriend, but it was a couple hundred bucks out of our range. We wound up living in the country instead, which was heaven, and then the suburbs, which was hell enough to kill us off for good. But I always remembered this address as the house that could have been. I'd like to think that she'd be excited about tonight. About jazz-funk bands playing in what should have been our garage back when rent was still cheap.

The band's done and there's an electric milling about. People talk in excited tones about Charles Mingus, Sonny Sharrock and Gunther Schuller. Somehow, I get cornered into a lunatic conversation about underground L.A. hip-hop that starts with the Freestyle Fellowship and spirals into some other galaxy. Turns out the band was from Portland after all—they're called Watery Graves. I buy a couple records from their stand, a table with LPs and cassettes. No CDs—a sign of the times.

Later: Nik Proctor and Guy Henry are playing, passing a red Rickenbacker back and forth, swapping songs for the late-night faithful. Ever know someone for years and never know just how unique and talented they are? These songs, they're unlike anything I've ever heard—fingerpicked in upside-down patterns, strangely phrased and beautifully eerie. Nik sings a surreal song about corn dogs, hospital genocide, supermarket aisles and getting laid, and Guy slyly counters with a pensive number about bacon, Sasquatch, drugs and clogged veins—touché.

Back and forth, each song more magnetizing than the last, people screaming their heads off after each quiet little tune like they're at a Van Halen concert. Guy's mom is even here from Minnesota, probably totally confused and maybe, hopefully, a little bit proud. It wouldn't be until the next day I'd find out why she was in town.

The show's over too soon, and my fingers freeze as I ride my bike home, but my heart is warmed. Nights like these keep ever-looming bitterness at bay, reminding me that even in Santa Rosa, there's always some fresh, captivating music bubbling somewhere beneath the surface. You just gotta catch it while you can. Like the girl who lives there told me tonight: the backyard shed is slated to become a five-story luxury condo building sometime next year.