'BlacKkKlansman' another timely entry in the Spike Lee canon 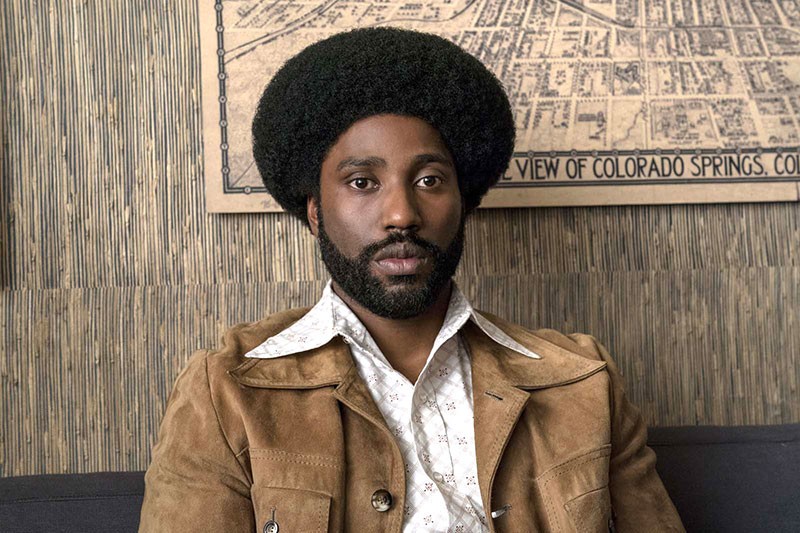 Twenty eighteen has been a phenomenal year for black-themed films, and Spike Lee's oddly merry, nostalgic and ultimately hopeful BlacKkKlansman, released on the anniversary of the shame of Charlottesville, continues the streak.

The gang is enthusiastic to meet Ron, so the detective talks his partner, Flip (Adam Driver), into impersonating him at an audition with the secret society. "For you, this is a crusade," the Jewish Flip tells Ron. "For me, this is a job." Through exposure to the KKK's Jew-hatred, Flip comes to identify his common cause with Ron.

Together, they learn the rites and the secret handshake, and discover you're not supposed to mention the K-word around Klansmen eager to mainstream their organization.

It's easy to get wrapped up in this story, thanks to Lee's force, thoughtfulness and evenhandedness. The KKK members are sometimes formidable, sometimes lonely. The only one-dimensional character is a cracker imbecile played by Paul Walter Hauser, as the kind of dunce that scratches his forehead with a pistol barrel.

Lee's own double-consciousness—loving cinema while realizing it sometimes poisons people—is apparent in an impressive scene with His Eminence, Harry Belafonte. The 90-year-old performer plays an instructor recounting the grisly details of a lynching, who makes the point of mentioning that the vicious mob had been ginned up by a viewing of 1915's racist sensation The Birth of a Nation.

This is a big movie from Lee, warm and smart. It's not essentially radical, unless the subject of self-defense is radical. For instance, BlacKkKlansman comes out in favor of supporting your local police, as long as they're trying to hunt down the Klan.