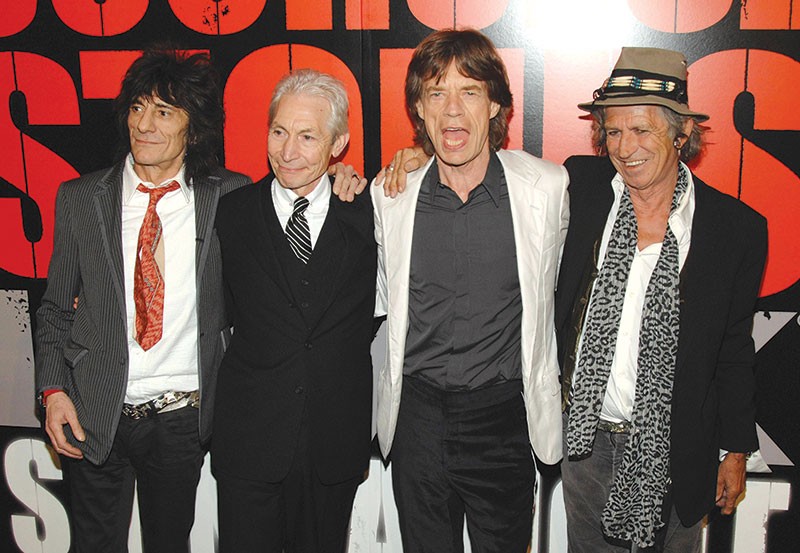 The electors have spoken, and it's all over now, baby-blue state.

It's bad news to end a bad year with very little in the way of good news—unless you're an angry cracker bent on vengeance against Barack Obama and every last black thing that he stood for. If you're not, then the best news of 2016 is Blue and Lonesome, the stunning and stinging hark-back album from the Rolling Stones.

Blue and Lonesome is an important record, even if it's not popping up on many best albums of 2016 lists—or especially because it didn't make anyone's list. It's a blues sleeper cell, and it has just been activated. It's dangerous.

As the country faces a promised return to a kind of mythic, anhedonic America of the 1950s, complete with 21st-century racial covenants and "Operation Wetback" redux, Blue and Lonesome emerges as a critical line of resistance at the American crossroads. The Stones offer a dozen blues covers so full of biting licks and crunchy harmonica squawks that the album actually raises the souls of the African-American diaspora for any and all to appreciate. Blue and Lonesome is an ode to the Chicago swinging style and the great postwar African-American migration, offering implied atonements for Jim Crow in what amounts to a full reset and return to the Stones' primal-ass blues beginnings, circa 1963.

If the Stones 30th studio album turns out to be their last, it will be a fittingly ferocious bookend for a band that has redeemed itself in the ears and eyes of many fans who have long wondered when they were going to get back to basics, when they were going to put out a great record on the order of a Some Girls. It's amazing that the band is still around at the crackling culture edge and with this thing in their dirty back pocket all along.

The Stones emerged in a highly tumultuous era characterized by presidential assassinations and lunch-counter sit-ins and racist cops of the KKK persuasion beating blacks half to death or lynching them outright for expressing their rights of free speech and assembly, and the basic freedom to express that, then as now, black lives matter.

Howlin' Wolf's life mattered. Little Walter's life mattered, and Willie Dixon's—their lives all mattered, and how. Track by track, Blue and Lonesome features those titans and others and offers joyful solace and solidarity in a vernacular that, to say the least, has been appropriated by white culture all the way from Elvis Presley to Kanye West's Prussia-blue eyes, right down to Ted Nugent.

Ah, the Nuge. When Nugent offers his hateful words and music against Barack Obama, he is doing so from a blues tradition that gave rise to all rock music. He is delivering the Obama hate on the backs of dead slaves and prisoners who worked the fields and the chain gangs and sang the songs as a matter of survival—literal and spiritual.

At press time, Nuge the Repulsive was the highest-profile performer persuaded to play the inauguration next month. Why is everyone else staying away? It's not just because "Hollywood liberals" find Trump to be a sickening piece of racist garbage that they want nothing to do with, which is partially true. It's because the alt-right is soulless.

On his great latter-day track "Not Dark Yet," Bob Dylan sings that "behind every beautiful thing, there's been some kind of pain." And there's the problem with hate-right appropriations of black music: there is no beauty, but there is a lot of promised pain. What does it say about a movement when its cultural vanguard includes crank-haters like Nugent, Megadeth's Dave Mustaine, and the laid-back stylings and stealings of Trump puppet Kid Rock?

They've all stood up for Trump in varying degrees of racist posturing—a classic 2011 tweet from Mustaine reads, "Trump's my hero! He's investigating Barry Soetoro aka Obama's suspicious birth & school records"—and they all have black culture to thank for ever being in a position in the first place where anyone would give a damn what they think about Obama.

And yet "appropriation" is another one of those words that the alt-right has, ironically enough, tried to re-appropriate as the latest expression of the white man's burden. That burden lately includes a black Santa Claus being hired at the Mall of America, and met with outrage from the thin-skinned snowflakes of our time: Santa is white!

This debased discourse over "appropriation" is exactly why Blue and Lonesome is an important record and an album that doesn't need an overt call to political action to make its point. The fact of the album is itself a political gesture and an announcement that the blues has arrived right on time.

Blue and Lonesome is ultimately a record about resiliency, a celebration of resiliency. It isn't good news in a year of bad news—it's excellent news, delivered tight and raw and with the Stones deep in the hoodoo-land of their youth, playing the working man's music, where the boards are busting and the people are sweating and shaking and shouting and celebrating and suffering.