George Lucas strikes back by promising low-income housing, but does the project location even make sense? By Kelly O'Mara 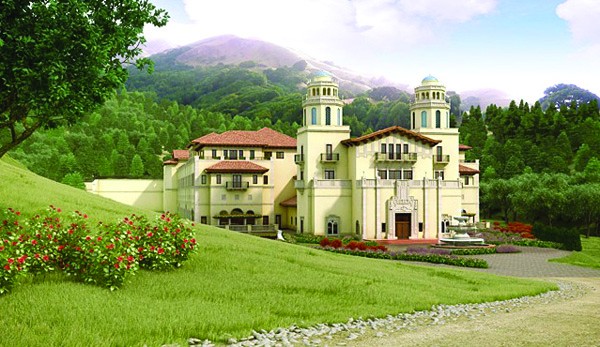 In a county not easily wowed by fame and fortune, George Lucas—the 120th richest person in the United States—has captured a place as Marin's richest and most famous resident. And now he's also one of the most controversial.

For three decades, the San Anselmo resident's Skywalker Ranch and Big Rock Ranch in Lucas Valley (no relation) in northern San Rafael have operated as unobtrusive arms of his Lucasfilm empire. The facilities sit back from the road, hidden from view behind hills. Nearly 5,000 acres of the 6,100 acres are preserved as open space and public hiking trails.

But in April Lucas surprised the county with his announcement that he was pulling out of plans for his third studio at Grady Ranch, near Skywalker and Big Rock, citing opposition from neighbors in the Lucas Valley Estates subdivision and the possibility of a protracted lawsuit.

"The level of bitterness and anger expressed by the homeowners in Lucas Valley has convinced us that, even if we were to spend more time and acquire the necessary approvals, we would not be able to maintain a constructive relationship with our neighbors," said the letter Lucas released at the time.

Instead, Lucas went on to say, he would build his studio somewhere where he wasn't viewed as "an evil empire." And he would work with developers to turn the Grady Ranch property into low-income housing.

Some hypothesized that the move was an attempt to speed up the approval process; in the letter, Lucas criticized the county for the four years he has already spent trying to obtain permits for Grady Ranch, despite previously having his master plan approved in 1999. Others thought that the call for low-income housing was a slap in the face of the Lucas Valley Estates residents, who might be less fond of a low-income development than they were of the Grady Ranch studio.

"Maybe there was a little bit of spite," said John King, who has lived in Lucas Valley since 1969. King, who was in favor of the Grady Ranch project, met Lucas during a community outreach meeting back when the master plan for the properties was being approved, and took a community tour of the ranches early last year.

If the call for low-income housing was a ploy, then Lucas isn't blinking.

The board of supervisors pleaded with Lucas, in what supervisor Susan Adams called a "Hail Mary," to move forward with the Grady Ranch project after his public withdrawal. Supporters argued that the white-collar jobs would be a boon to the county economy and that his environmentally friendly plan would have a lower impact than the 280 houses originally zoned for the property back in the 1970s.

But with the withdrawal of permit applications, the decision to abort the project became final.

"It's unfortunate that the Grady Ranch project plug was pulled, for a variety of reasons," said Adams.