Governor hopeful returns to discuss his views on healthcare, immigration 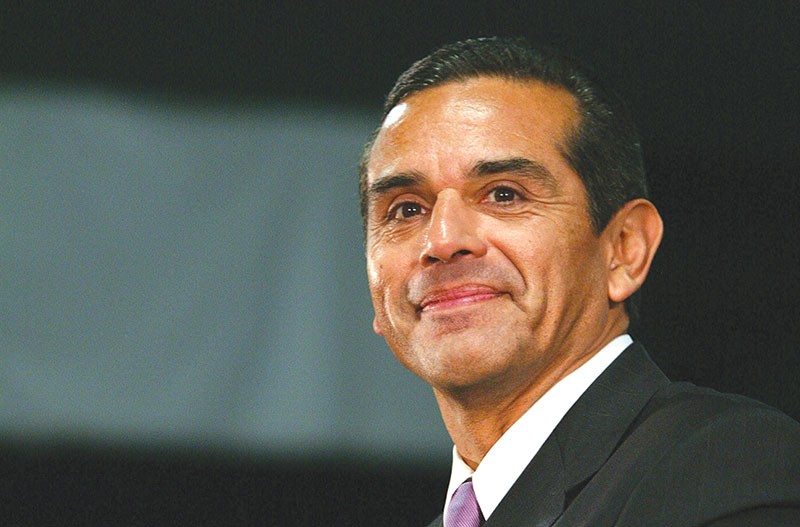 In a field with six major candidates for governor, Antonio Villaraigosa, who once served as the State Assembly speaker, is locked in a dead heat with Lt. Gov. Gavin Newsom, according to the most recent polls.

Last month we reported on his views around housing. We recently caught up with him for a second conversation, this time on immigration, healthcare and ethics.

Bohemian: If you were governor right now, how would you respond to Attorney General Jeff Sessions' lawsuit against California over its immigration policies?

Villaraigosa: I'd do what Gov. Brown did. I'd say that you're not welcome in our state when you misrepresent what we've done in California. There's nothing in the California Values Act that says if people commit violent crimes, they won't go to jail. They will go to jail. They are going to jail.

The biggest reason [Sessions] came to California is, for almost a year now, he has been under almost a weekly assault from Donald Trump, criticizing how he's carried out his duties as an attorney general. He's struggling, fighting to keep his job, so he came here to California to curry favor with his boss.

You've advocated for creating a public option for healthcare. How is that better than trying to build a single-payer system from scratch?

First of all, I supported universal healthcare my entire life. SB 562 is legislation that essentially articulates the goals of a state-paid-for healthcare system that would end Medicare and Medi-Cal as we know it; eliminate all insurance-based healthcare plans, including Kaiser; require a federal waiver from Donald Trump, who wants to eviscerate the Affordable Care Act [ACA] and Medicaid; and cost at least $200 million, assuming you could suspend Proposition 98. And you'd have to suspend it each year, and you'd have to pay back to community colleges the money that would have gone to them. So it's really a $400 million price tag. So I've asked Gavin Newsom, who's tripled down on SB 562, to debate me on this issue.

The number one issue for the next government is to protect the ACA. In California, we need to do the following: one, restore the individual mandate at a state level; two, we need to focus on prevention to a much greater degree; three, we need to look at best practices here and around the country—Cleveland Clinic, Kaiser—where we can adopt cost-containment measures, to drive down the spiraling cost of healthcare. It's not just a public option; it's a public option, along with the exchange, along with what we currently have right now.

You paid fines in 2011 for ethics violations for accepting free tickets to high-profile events during your time as mayor. How can you convince voters that you have the ethical standards to be governor?

Before I was mayor, everybody on the powerful commissions—the airport commission, the port commission, the planning commission, community redevelopment—mayors used to put people in those positions that raised money for them. I signed an executive directive my first day in office prohibiting my appointees on any commission, including those powerful ones, from being able to raise money or contribute to the mayor.

What I was fined over was an issue that, prior to me, no one had ever been fined for, and I'll tell you why. In my case, if I went to a game, a concert, and they gave me tickets, I would have to report them, and I always did. I was speaking at all these events. At every one of these events, I was speaking. Only once in a great while did I actually stay at those events.