Emanuelle Devos gives one of the best performances of the year 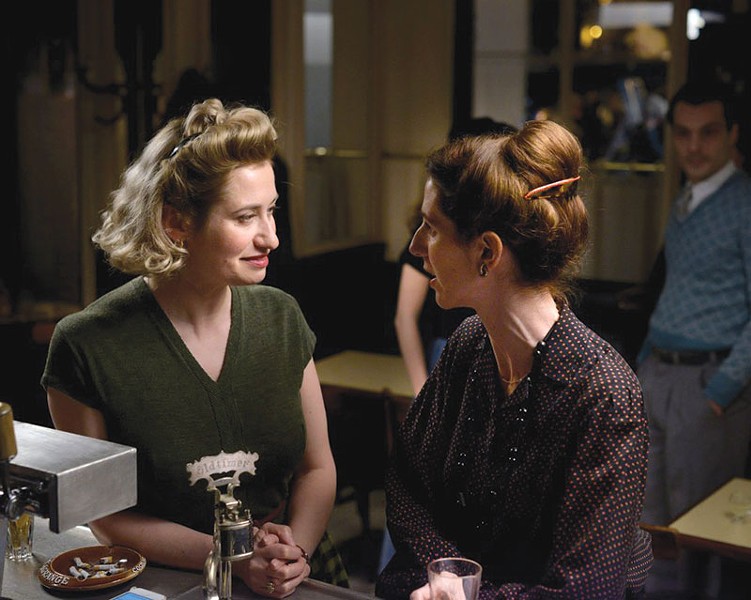 The superb French biopic Violette by Martin Provost (who did the similarly fine Seraphine) isn't about just another pretty face.

Emmanuelle Devos' Leduc is one of the best performances of the year. While teachers in script class always remind you that a character needs to want something, a character can also be a whimperer if they're too needy.

That's not the case with Devos, who captures the hard-bitten side, the bitter humor and the yearnings of her subject: one of those unfortunates drawn to men who were gay and women who weren't. Principle among these crushes was writer Simone de Beauvoir. Sandrine Kiberlain gives the noted philosopher all due frost, simultaneously mentoring Leduc and holding her at arm's length.

Leduc was in many ways a robust country girl, and she spent her later days in a remote hill-town village. But Violette is a revelatory film about Paris, with concentrated passages of costumed, decorated richness; from Leduc's room, with the city cleared of cars and snowed-in, it looks like the Medieval fortress it once was.

Leduc once wrote that she committed a mortal sin by living as a woman not interested in "being beautiful." Leduc's experiences might have more to offer beautiful young women who feel that feminism is irrelevant in their case.