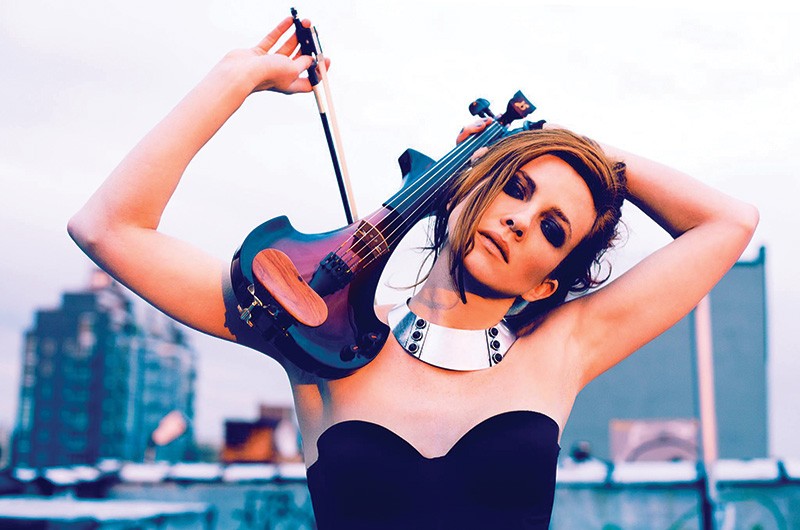 Violinist and producer HANNAH credits a lifetime of worldly musical influences for putting her where she is today. The musician has spent much of this year traveling the world, performing her dynamic compositions and releasing her ethereal debut EP.

HANNAH plays on Friday, Nov. 21, at the Jenner Inn, as part of a jaunt through California.

HANNAH, born Hannah Thiem, first picked up the violin at age three and fell in love with it immediately, though she felt stifled by the classical training.

"I couldn't access the heart of the music, but I was very obsessed with the violin," she says.

Growing up, Thiem also performed European folk music. "I didn't connect the fact that I could play folk music and perform in a looser manner [with the violin] until I was a bit older," she reflects.

That realization came in Southern Spain, where Thiem was living abroad and reveling in the country's rich culture of art and music. After losing her wallet, she decided to earn some coin performing her music on the street, and immediately took to what she describes as her "whole gypsy, nomadic, traveling career" that took her from the Mediterranean islands to the boroughs of New York City, where she lives today.

One of her first big breaks came when she performed onstage with Kanye West during the rapper's College Dropout Tour. Soon, the violinist was looking for new musical avenues to take her instrument.

After experimenting with ambient electronic beats, she expanded her emotive folk music and created the deep, moving sounds of her current solo project, under the moniker HANNAH.

"It's a combination of all the different interests—my classical background, my folk background. I feel like I tap into a visual quality of music, painting these pictures for people, using sound to create colors and landscapes for people," she says.

This summer, HANNAH unveiled her solo EP Brym. The arrangements are stark, snowy visions that allude to the Nordic and Icelandic melodies she grew up with, and incorporates very modern electronic effects, recalling the worldly ambient tones of groups like Sigur Ros and Massive Attack.

HANNAH's live shows are as much of a musical journey as her recordings. Playing with her violin, a bevy of pedals and a laptop off to the side, HANNAH engages with and draws in her audiences for a compelling experience of worldly music.