War, love and class mix in 'Testament of Youth' 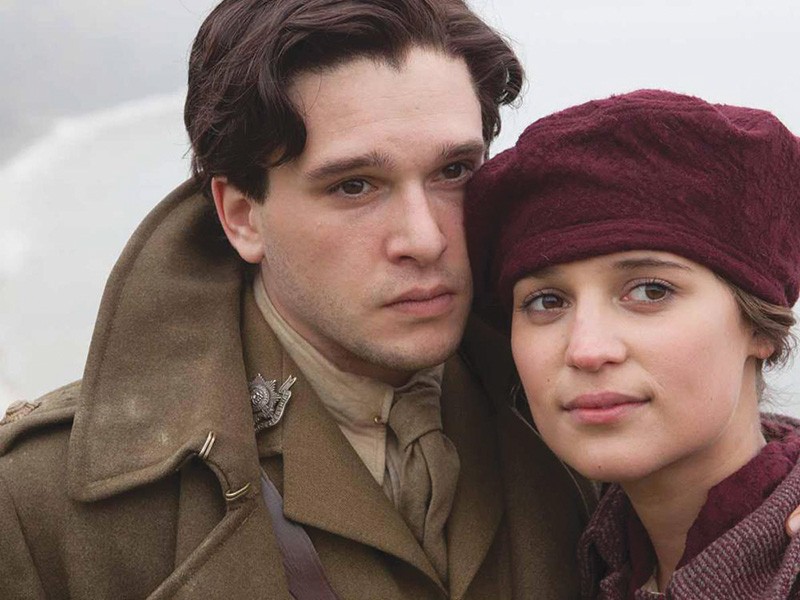 The new adaptation of Vera Brittain's memoir Testament of Youth proves one glib rule of filmmaking and disproves another. First, it really is best to start a story as late in the plot as you can. Second, a war movie doesn't necessarily have to endorse war.

Director James Kent is allowed far more realism than the previous BBC miniseries adaptation of Brittain's WWI memoir of being a nurse to the wounded. We can see that the conditions in a Western Front field hospital haven't changed much since the Crimean War; for that matter, a crane shot of casualties laid out on stretchers in a muddy field resembles the similar carnage of the Atlanta depot scene in Gone with the Wind.

Alicia Vikander (Ex Machina) plays Vera, a young lady who yearns to go to Oxford, despite the fact that her family believes education is wasted on women. Vikander plays the role with anachronistic fury—it's as if she's surprised by the discrimination against women and hadn't grown up with it all around her.

Vera sees her loved ones consumed by the war one after another. The decorum of her class makes the story sadder. One never expects upper-class Brits to emit howls of grief, as they do here.

The terrific opening begins with Vera coming out of a fog on the morning of Armistice Day. Her numb horror at the crowd's screams of joy drive her into an empty church. There, she sees a painting of Noah's flood, and she imagines herself tumbling in the tide.

The reminder of the price of war also serves as a showcase for young actors. As Edward Brittain, Taron Egerton evokes the loss of an entire generation simply by turning up in an ill-fitting woolen army uniform. It's too soon to tell if Kit Harington, as Vera's lover Roland, will go places beyond Game of Thrones. But there is warmth enough between Vikander and Harington to draw in a romance-seeking audience, while those who never heard these stories of wastage before will be pierced quite deeply.