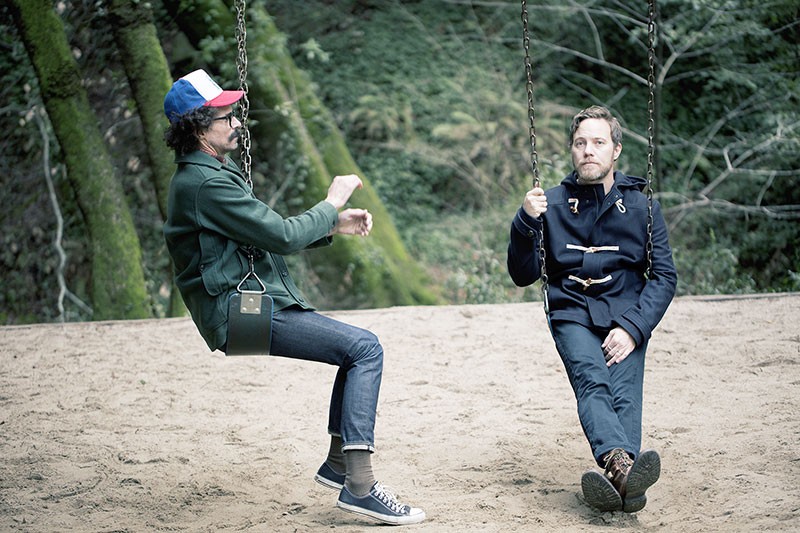 After five albums, Rogue and longtime collaborator Pat Spurgeon went in a new direction, setting up a home studio to record their excellent new album,

"Like a lot of things in music, it was born out of necessity," Rogue says of the home-recording process. Rogue wanted to stay closer to his children and to explore his musical impulses.

"I wanted to trust my first instincts, because if you trust your instincts, it's not a refined emotional response, it's very raw, and I wanted raw," Rogue says.

Rogue also liked all of the happy accidents, the bizarre sounds that came with recording and experimentation, and he wanted to include that on the album.

"I wanted it to be really what we are," he says. "I'm very much a seat-of-my-pants kind of artist, and I don't want the album to be anything that I'm not. I feel like if I can have an honest relationship with people that listen to our music, that will make me happier."

Thematically, Delusions of Grand Fur balances Rogue's sentimental side with his angst. The album contains two of the band's most distinctive love songs to date, "Falling" and "Curious Me." On the flip side, Rogue's penchant for disgruntlement appears on songs like "Endless Supply," where he ponders the question of living a life in a music business that's fraught with stress.

Still, in spite of his frustrations, Rogue has thrived in the business for over 15 years. He credits his success to his relationship with Spurgeon, who acted as producer and engineer on the album, as well as Rogue's musical collaborator.

"I've always said he has the patience of Job. He'll hear something that's not even a song, and he has the will to let it sound like a mess and work with me until it becomes a song," Rogue says.

Spurgeon's ability to deconstruct Rogue's acoustic foundation and add musical elements like piano and even tape delay transforms the album into an expansive palette of sound that encompasses new wave and Krautrock.

"I can be really vulnerable with him, and he allows me to express that. I could never do that on my own," says Rogue. "And when that energy and openness [spreads] throughout the band, it just feels worth it."