If Philip Kim has his way, Santa Rosa will become the Sundance of horror and genre films. The senior manager of Famous Monsters of Filmland magazine and longtime Sonoma County resident is teaming with Neil Pearlmutter, vice president of the Santa Rosa Entertainment Group, to present the inaugural Silver Scream Film & Comic Festival on March 4–6 at the Roxy 14 Cinemas in downtown Santa Rosa. The three-day event will feature special Hollywood guests like director John Landis alongside up-and-coming independent genre filmmakers and comic-book creators.

Born in South Korea, Kim emigrated to the United States with his family at age six and grew up in San Rafael. "I remember one of the first things I saw on TV was Twilight Zone, and I was enthralled," says Kim. "I was learning English while I was watching it, but the concepts were mind-blowing."

Kim was also obsessed with comic books as a kid, drawing his own and writing fantastical stories. He moved to Sonoma County to attend Sonoma State University, earning an economics degree and working as a real estate developer until his mid-30s. That's when he discovered that the classic genre-film magazine Famous Monsters of Filmland was up for auction in 2007.

"I grew up on the magazine and was amazed that it was available, so I grabbed it," Kim says. 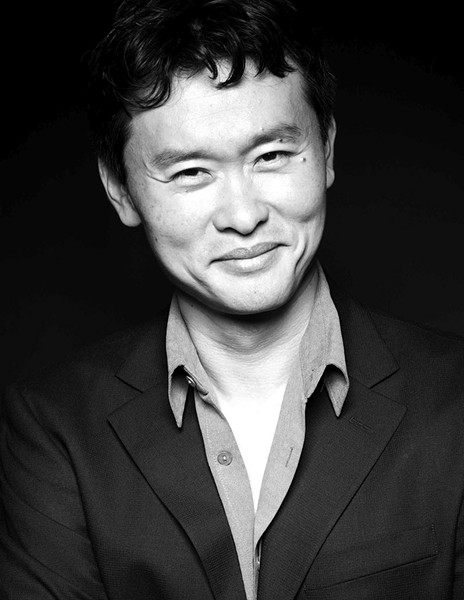 Launching Famous Monsters as a website first, Kim eventually got into the print game in 2010, reviving the magazine as a bimonthly publication. Today, Famous Monsters is the bestselling magazine of its kind. Kim also steers the comic-book division of Famous Monsters, producing horror and genre comics under the American Gothic Press label. He has found additional success in the film and comic-book convention scene.

After splitting time for the past five years between Sonoma County and Los Angeles, where the magazine's office resides, Kim is bringing the monsters to the North Bay with the Silver Scream Festival.

"I live in Santa Rosa, and I never thought that there was a deep enough market in Sonoma County or Northern California for what I do," says Kim. "But then I started seeing toy conventions come up and the Roxy's CULT series, and there is a very robust fan base here."

The CULT film series is Neil Pearlmutter's brainchild, a semi-weekly double feature of vintage horror and sci-fi films, largely from the 1970s and '80s. "I see it as a way to bring this community together by doing something a little different," says Pearlmutter.

Now Kim and Pearlmutter, friends for years, are teaming up to present the Silver Scream Festival, offering a slew of classic Hollywood horror films and new features from underground filmmakers over three packed days of screenings, signings and panels.

Headlining the event are director John Landis, special effects wizard Rick Baker and actor David Naughton, all of whom will be on hand for a 35th anniversary screening of Landis' 1981 film An American Werewolf in London on Saturday, March 5.

Landis is best known for his comedies, helming classics like The Blues Brothers and Animal House, though his foray into horror is today considered a landmark in the genre.

An American Werewolf in London updates the classic Universal Pictures monster to a modern-day setting. In a time before computer-based special effects, Baker transformed lead actor Naughton from a goofy American on vacation into a realistic lycanthrope that preyed on unsuspecting Londoners. Baker took home the Oscar for best makeup that year, and his work has long been held as the standard for such effects.

"It's fascinating to hear these guys [Baker and Landis] talk about what they went through to create these visual effects," Kim says. "They just loved the genre, and it shows."