Despite 10 quarters of profit, Exchange Bank still hasn't reinstated the Doyle Scholarship. What would Frank Doyle do? 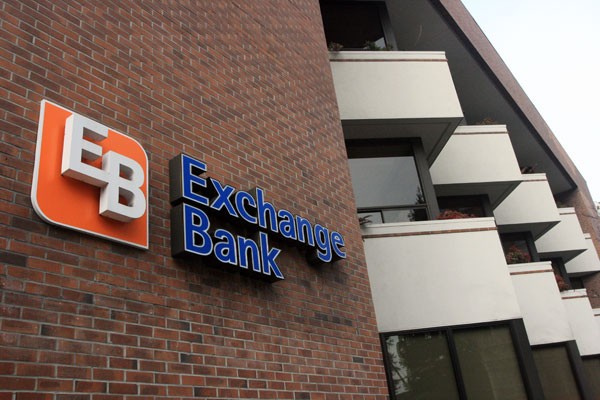 Meet Frank Doyle. Many Santa Rosans point to him as the city's best-remembered resident: the second president of Exchange Bank, the "Father of the Golden Gate Bridge" and the founder of Doyle Park. If Santa Rosa had had a best hair award, Doyle probably would have claimed that title as well, with his curling faux-hawk.

Doyle's life was a long list of civic achievements, crowned by the Santa Rosa Junior College scholarship he established in his will. Until its 2009 suspension, the Doyle Scholarship, funded by dividends from Exchange Bank, was the largest scholarship in the California Community College system by a wide margin. The SRJC recognized Doyle's contributions by naming its new library in his honor.

However, Doyle's most famous gift is not operating smoothly in 2011. Though Exchange Bank has posted its 10th consecutive quarter of profit and is on pace to make $12 million in net profit this year, the bank's dividends, the sole source of funding for the scholarship, remain suspended indefinitely without clear conditions for reinstatement. In the meantime, the Doyle Trust Fund trustees have received sizable compensation, and according to some, may have breached their fiduciary duties; and the SRJC and SRJC Foundation play a passive and uninformed role, despite representing the beneficiaries of a multimillion-dollar fund.

Questions of entitlement arise as the bank enters its third year of dividend suspension. When the housing bubble burst in 2008, Exchange Bank suffered huge losses, mostly as a "result of a risky bet on builders in the Sacramento region," according to a 2008 front-page Press Democrat article. The losses sent Exchange Bank's stock plummeting. From 2007 to 2009, the Doyle Trust Fund watched its net assets drop from $114 million to $33 million; they've grown relatively little since then. In 2008, the bank put dividend payments, the sole source of funding for the scholarship, into indefinite suspension.

The confidence criterion, though, is "hard to quantify" and "nebulous," says DeCrona, and as such, leaves dividend reinstatement subject to the directors' discretion. DeCrona cites high local unemployment, struggling local businesses and the possibility of a double-dip recession to indicate the bank is not yet confident, and says that dividend reinstatement "will certainly not be this year."

In the meantime, SRJC waits submissively.

"We don't question anything. We don't know anything about what's going on," says Rivera in the SRJC scholarship department.

Indeed, at SRJC, Doyle information is scarce. Doug Roberts, vice president of business services, referred this reporter to the scholarship department for Doyle data. Rivera subsequently referred me to Kris Shear, director of student financial services. Shear then referred me back to Roberts. Neither Shear nor Rivera knew whether or not a trust attorney represents the SRJC. The Bohemian reported in 2009 that this lack of legal representation is "unusual" for a fund of such magnitude.

"I have no idea," Shear says. Shear has "never thought about" the SRJC's representation in the trust fund, or if the fund is at all accountable to the SRJC.

"No idea," Rivera says. To Rivera, it seems like the beneficiaries of the fund should have "more of a say in what's going on."

In a follow-up interview, Roberts confirmed that the SRJC remains unrepresented by any trust attorneys. "We have really nothing to do with the trust, except thanking them," Roberts says.

While the college is relegated to soliciting donations from local businesses for the Bridging the Doyle scholarship—a fraction of the original Doyle—the trustees of the Doyle Trust Fund have fared better. In 2007, the three trustees received $87,500 each for their reported 12 hours of weekly work, according to the Doyle Trust Fund's tax report.

Bill Reinking, chief executive officer of Exchange Bank and a Doyle Trustee as of April 2010, writes in an email interview that trustee duties include meeting a minimum of once per month to monitor the bank's direction and staying current on charitable trust legislation. Doyle's will also allows trustees to appoint themselves to Exchange Bank's board of directors to "ensure a conservative management of affairs" of the bank. In addition to Reinking, the current trustees include Jim Ryan and Dan Benedetti.

In 2009, the latest year for which the nonprofit Guidestar posts the Doyle Trust Fund's tax information, trustee compensation and legal fees alone amounted to $487,649. There were no dividends to distribute to the SRJC that year, yet each trustee still received $45,000 from Exchange Bank for sitting on the bank's board of directors.

Neither Shear, Rivera nor Roberts were aware of the trustees' compensation rates.

In comparison, the Trust Fund's total contributions to the SRJC Foundation the year prior were $1.6 million, and the scholarship amount varied between $1,000 and $1,800 per student each year. The entire Bridging the Doyle scholarship—which Exchange Bank and the Doyle Trust take no part in organizing—has averaged just under $200,000 per year in the last three years, and it's quickly shrinking.

The terms of Doyle's trust mandate that the Doyle Trust Fund hold only Exchange Bank stock; without the bank's dividends, though, the Doyle Trust Fund is left without income. Investment portfolios with only one stock are "high-risk," says Clark Matthiessen, a financial adviser at Redwood Credit Union. Matthiessen compares single-stock portfolios to putting all of one's eggs in one basket; diversifying an investment portfolio leads to a "smoother ride" and a "more positive investment experience," he says.

Doyle was not necessarily against temporary suspensions of the scholarship—dividends were suspended during the Great Depression for nearly 10 years. However, diversifying the Doyle Trust Fund is more complicated. Doyle's will prohibits the Doyle Trust Fund from selling its stock, which is a controlling interest in Exchange Bank. This was Doyle's way of assuring that the bank would not be sold.

In a 2009 Bohemian article, trust attorney Kim Marois reiterated that Doyle's will forbids the sale of Exchange Bank stock, and therefore diversification. In an interview for this article, local trust attorney Charles Stark agreed. On a side note, Marois received $156,207 from the Doyle Trust Fund for legal services the year of her interview, and Stark is an acquaintance of Reinking and attends Exchange Bank social functions.

In contacting legal counsel distant from Exchange Bank, however, the conversation changes.

"What you are describing can well be considered a breach of fiduciary duty," writes Philadelphia estate attorney Dimitry Alexander Kaplun, in an email interview. Because the trustees sitting on the bank's board of directors may have failed to "ensure a conservative management of affairs" of Exchange Bank (as mandated by Doyle's will), and their failure contributed to the drop of the Trust Fund's assets, the affected beneficiaries "may seek a breach claim," Kaplun says.

As for the terms forbidding diversification, Kaplun says that "such relaxation of clauses is fairly common in charitable trusts" because acceptable administration practices change over time.

The Uniform Prudent Investor Act is an appropriate example. Enacted in the California Probate Code in 1995, it states that "a trustee shall invest and manage trust assets as a prudent investor would" and "the trustee has a duty to diversify the investments of the trust." Though the UPIA allows the creator of the trust flexibility, the state of California didn't adopt its guidelines until nearly 50 years after Doyle's death.

Santa Cruz attorney Tim Morgan confirms that the condition of the Doyle Trust Fund may merit amending the trust document.

Because "the underlying asset has radically lost value," Morgan "could see a court striking that restriction [against diversification] out of concern for the beneficiaries, who are now being harmed by that restriction," he writes in an email interview.

Regardless, Exchange Bank's lack of confidence in the local economy will prevent the Doyle from returning anytime soon if it continues to operate under its current provisions. With every class of SRJC students who transfer or finish certificate programs, the name Doyle fades to letters on a placard, and administrators continue to think wishfully that the scholarship will return the next semester.

The question remains: Why hasn't the community reacted to the stagnant status of the Doyle Scholarship?

"Because Frank Doyle's not here," Rivera says. "He'd be taking care of this in a different manner."

Note: This article has been corrected to reflect proper criteria Exchange Bank uses to determine reinstatement of dividends.