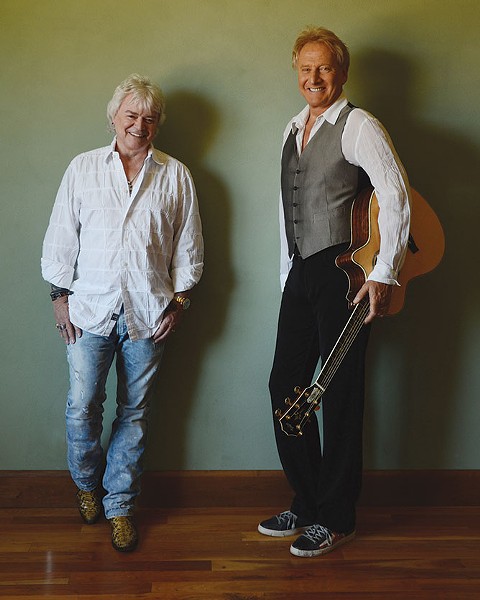 When Luther Burbank Center for the Arts president and CEO Rick Nowlin spoke to the center's insurance company the day after the Tubbs fire destroyed an estimated 30,000 square feet of the center's campus, they estimated the main auditorium would be out of commission until after the new year.

Thanks to tireless efforts by the center's staff, the performance center beat the odds and officially reopened to the public on Nov. 6, less than a month after the Oct. 9 disaster. The center has also launched a "pay what you can" program for select upcoming performances, including Australian pop duo Air Supply (pictured) on Nov. 11, Dwight Yoakam on Nov. 26 and Mannheim Steamroller on Nov. 29.

"There were rumors out there that the entire building had burned down," Nowlin says.

When the smoke cleared, much of the east end of the campus was indeed lost, including classrooms, the east auditorium and the workshop.

"We knew that the main stage theater and the rest of the facility was safe," Nowlin says. "But we knew that we had a long road to reopen to the public."

In addition to the structural damage, the center lost over 200 instruments, valued at $120,000 and maintained as part of its instrument lending library. "We are looking to the community to help replace those instruments," says director of education and community engagement Ray Gargano, who adds that groups like the Santa Rosa Symphony and Sonoma State University are already helping replace and store instruments while the center rebuilds.

One of the first things Luther Burbank Center's director of programming Anita Wiglesworth did after the disaster was communicate to the music industry that the center was not done for.

"We are still here and viable and a part of this community," says Wiglesworth, who reached out to artists scheduled to perform in the coming weeks about supporting the community through the "pay what you can" program, offering tickets especially to those affected by the recent fires and to first responders.

Wigleworth adds that the center is looking at long-term goals for giving back to the community beyond the first wave of benefit concerts. "We've been talking to artists to work up a plan that will be pretty strategic, not just in the next coming months, but also the next couple of years."

'Pay what you can' tickets for select show are available at 50 Mark West Springs Road, Santa Rosa. 707.546.3600 and lutherburbankcenter.org with the code sonomastrong. Subject to availability; four-ticket limit per show.