Wes Anderson Gets a Room

Murder, fascists, and a coming war make for a lively stay in 'Budapest Hotel' 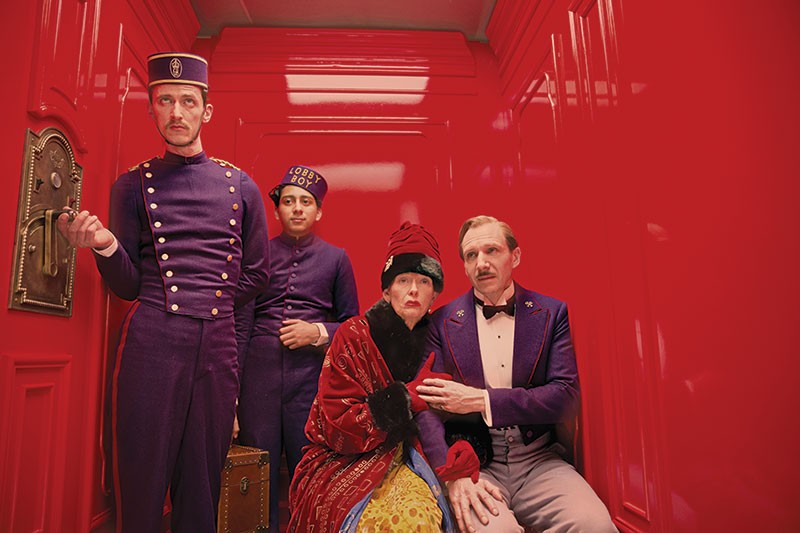 Approaching Wes Anderson's mostly delightful Grand Budapest Hotel can give you that same foreboding you feel when encountering the word "artisanal." It's seriously underfemaled, and it pauses to congratulate itself for its cleverness. At worst, Anderson is a director of ducky films, but this nested story of European skullduggery seems to have more of a spine than anything he's made since Fantastic Mr. Fox.

The Grand Budapest Hotel is a tale told by the proprietor of a declining luxury hotel during the 1960s in the Slovenia-like nation of Zubrowka. F. Murray Abraham is the turtlenecked proprietor Moustafa, a man who looks as haunted as Aleksandr Solzhenitsyn.

In a conversation over dinner, Moustafa tells a young writer (Jude Law) about the life he led between the wars. In those days, he was mentored by the suave concierge M. Gustave (Ralph Fiennes, terrifically louche), a heavily scented, indifferently heterosexual squire to wealthy elderly women. When Gustave's oldest client (Tilda Swinton, grotesque in old-age makeup) bequeaths him a valuable painting the upstart hotelier becomes involved with blueblooded fascists played by Adrien Brody and Willem Dafoe as his leather-wrapped thug, Jopling.

Jailbreaks, alpine assassination, harrowing castles and political discord make this an unusually ripsnorting Anderson film. Far more like him are his asides: mentions of a far-off land called Dutch Tanganyika, rides on the trams of the gloomy capital city, Lutz, and a visit to the Bureau of Labor and Servitude.

Anderson styles his productions American Empirical, and he finally seems to have a fully running studio: a script department, a tabletop special effects lab, a first-rate music department and a stable of actors, including an artistically disfigured Saoirse Ronan, Harvey Keitel as a bald convict and Jeff Goldblum in spectacles that make him look like Sartre.