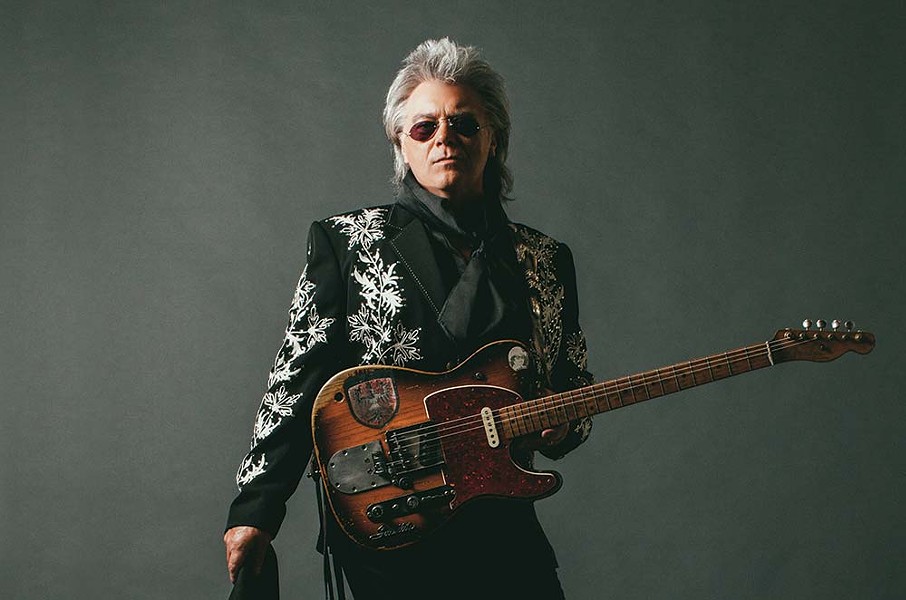 The term "cosmic American music" refers to a musical crossroads where country, folk and rock collide in a glorious psychedelia-kissed pileup.

So it goes on Way Out West, Marty Stuart's latest studio effort produced by Fleetwood Mac (and former Heartbreakers) guitarist Mike Campbell. The deep-and-rich mystique of California culture provided a fount of inspiration for these 15 songs that found the Mississippi native taking his cracker-jack backing band, the Fabulous Superlatives, to the storied Capitol Records recording studio in Los Angeles to record a good chunk of the record. It's a project that Stuart knew he needed to create on the Left Coast.

"Everything that came out of California captivated my kid-mind in Mississippi," says Stuart. "[Way Out West] started with a song called 'Mexico' and the idea was that I wanted to capture a mood that was cinematic and reflected the space you experience out in the Mojave Desert. It would reflect that kind of openness with a little bit of a psychedelic touch to it. I also knew that I'd have a better shot of getting that kind of cinematic sound that I was looking for in California."

With Way Out West produced, Stuart and the Fabulous Superlatives are now on the road. And while Stuart's deep ties to country music include cutting his teeth playing with bluegrass legend Lester Flatt as a mandolin-playing teen prodigy and later getting hired to help anchor Cash's band, Stuart is eager to spread the gospel of American roots music. With the sophistication with which he and his Fabulous Superlatives play, the just-turned-60-year-old singer-songwriter welcomes the challenge of bringing fellow believers into the fold by way of a well-placed, live-music experience.

"I think there's a time in every band's life where they end up in a [creative] place where they're at their peak if you go see them play live," Stuart says.

"I think that time is happening right now for the Fabulous Superlatives, and it's certainly giving us motivation to live up to the band's name," he says, noting that after touring as headliners, the group will open for Steve Miller this summer. "We're introducing ourselves and our music to a new audience as well as inviting our old friends to come along, so that's the mission at hand."