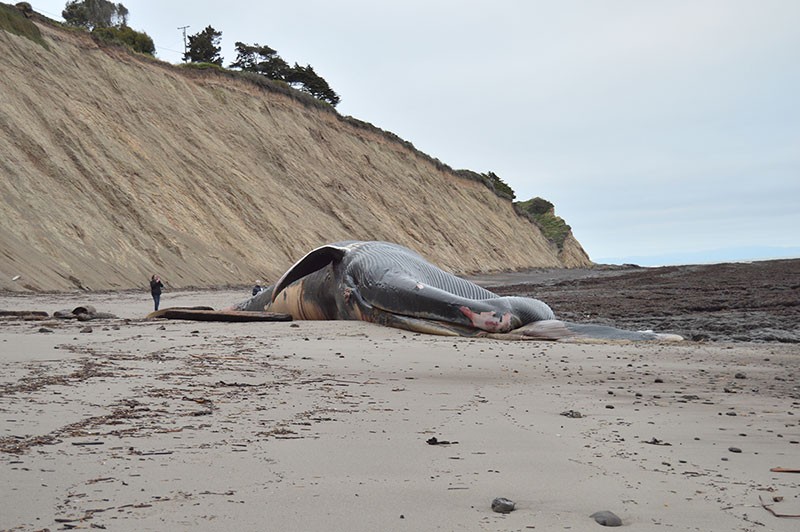 The big news of Memorial Day weekend was the whale, a 79-foot endangered female blue whale that got hit by a ship and washed up on a Bolinas beach and died. A sad and awesome scene played out at the beach through the holiday as visitors and scientists came to take their piece of the majestic animal. On Saturday morning at dawn the whale was still intact, sans its eyes which had been removed by scientists the day before—word on the whale-watch street is it is very rare luck indeed to get the eyes of a dead whale before scavengers peck them out.

"I thought it was a metal sculpture," said a woman on the beach. There were rust-brown circles on the mammoth's body that did lend it an ancient, sculptural look.The whale was about 20 and birthed a couple calves along the way. There are about 2,800 blue whales off of San Francisco, out of an estimated worldwide population of between 10,000 and 25,000.

To describe the aroma coming off the whale is somewhat difficult without stink-shaming the poor departed beast, a powerful, sour smell that endured in the nostril for hours. The blue whale is the largest animal to ever have roamed the earth. The leviathan is lodged in a curving corner of Agate Beach County Park that's too rocky for any craft to get in there and tow it out to sea, and the beach is too rocky to bury the whale.