The 40th anniversary of 'Fear of Flying' 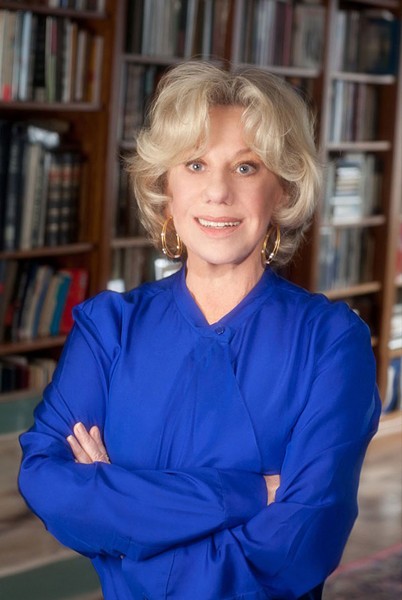 As a feminist and avid reader, I'm familiar with most of the essential feminist writers of the past century, but Erica Jong, who appears Nov. 1 in Rohnert Park, is one that I've invariably passed up. Fear of Flying is one of those titles that pops up endlessly on the shelves of used bookstores; since publication in 1973, it's sold 20 million copies.

That's a lot of Fear of Flying floating around. Most covers have semi-salacious, soft-lit photos of women's torsos, belly buttons, high-heeled feet and half-covered breasts. It was too easy to write off Fear of Flying as cheesy, '70s romantic schlock or, worse, women's liberation ridiculousness that would come off as dated and silly, especially in contrast to the sharp, feminist insight of the writers I adored. I assumed it to be the literary equivalent of calling a flight attendant a stewardess.

Pulpy, paperback covers may have gotten Fear of Flying shelved among Jackie Collins and Danielle Steele, but this is a book that fits infinitely better with Henry Miller and J. D. Salinger (with "Fuck the Pain Away" by Peaches playing softly on the stereo).

Years before Annie Hall, Jong wrote into being the character of a neurotic, psychoanalyzed-to-death, hypersexual New York Jew. Unlike Allen, Jong's protagonist is a woman, Isadora Wing, a 29-year-old poet who flies to Vienna with her restrained Chinese-American analyst husband on the occasion of the Congress of Analysts.

Freud be damned, the trip sets off a chain of events for the cerebral, quixotic Isadora, one that culminates with her running off on a beer-and-guilt soaked road trip through Europe with Adrian Goodlove, the impotent, swinging, Dionysian English analyst who, like Tyler Durden in Fight Club, represents Isadora's own compulsion to be free of restraint, to be sexually and socially untethered to what's "acceptable." The trip ends in Paris, where Goodlove breaks the news to Isadora that he's actually as bourgeois as they come, and is returning to his wife and children, leaving her alone in the City of Love. This great tragedy allows for some breathing room, finally void of male influence, that leads Isadora to real self-discovery.

While some sentiments in the book are as dated as Goodlove's plum-colored turtleneck and corduroys, others still hold weight, at a historical moment when feminism is written off as "been there, done that," even as a Missouri town makes a teenage girl into a pariah for calling out and identifying the jocks who raped and left her to die in the snow; namely, Isadora Wing's relentless interrogation of what it means, what it feels like, to be female in a patriarchal, misogynistic social structure. I found it cathartic.

And, yes, this book has sex, lots of it, imagined and otherwise. Sex in hotel rooms and parked cars. And masturbation—no wonder John Updike compared Fear of Flying to Portnoy's Complaint. And, yes, there is the zipless fuck, Wing's phrase for the "platonic ideal" of a brief and anonymous affair, a sexual dalliance that begets nothing more and nothing less. Ready-made for controversy, the phrase (and probably the fact that it was conceptualized by a woman) stirred up waves of controversy among America's false puritans and lent the book the lingering scent of taboo.

I've always measured 1973, my birth year, in light of its connection to Watergate. I tell people that I was born in East Los Angeles the same month that Spiro Agnew resigned as vice-president of the United States. Starting now, I'm replacing Spiro Agnew with Fear of Flying as the flamingly bright pop-culture marker for the year that I entered the world.

Copperfield's Books presents 'Women's Night Out with Erica Jong' on Friday, Nov. 1, at the Doubletree by Hilton. One Double Tree Drive, Rohnert Park. 7pm. $65 admits two (older women are encouraged to bring a younger woman who has yet to discover the book) and includes one book. $20 admits one without book. 707.776.7284.