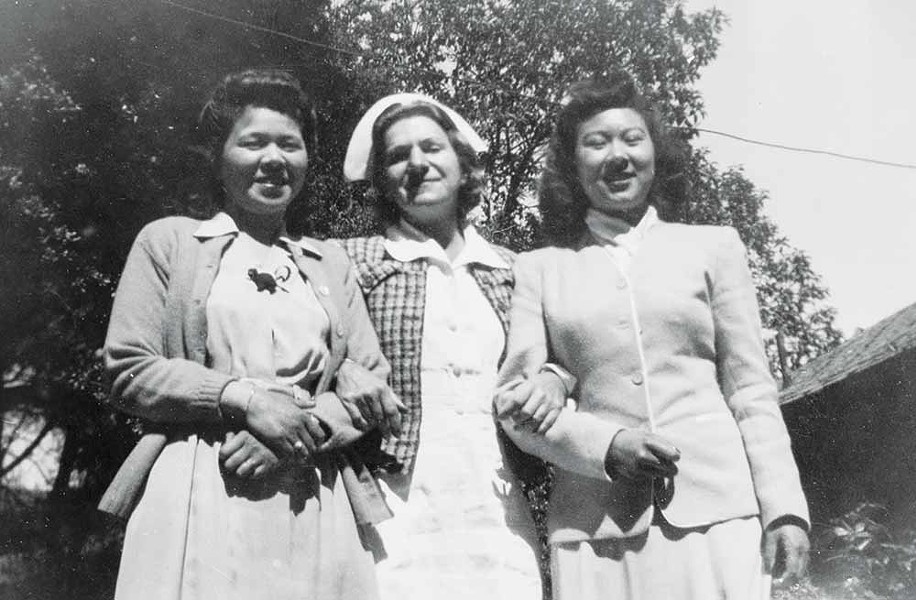 What she calls a need to bear witness is what drives fifth-generation North Bay–native Lynn Downey, whether in her previous work as the official archivist for Levi Strauss & Co. or as a journalist and author of several books.

"It informs everything I do as a historian," she says.

The Sonoma-based Downey does just that in her new book, Arequipa Sanatorium: Life in California's Lung Resort for Women, which covers the history of the Marin County tuberculosis health center opened in 1911 by San Francisco doctor Philip King Brown.

In the aftermath of the 1906 earthquake, dust and ash filled the city, leading to rising rates of tuberculosis among working-class people, especially women in factories and shops. At the time, bed rest, fresh air and lots of food were the only treatments for the lung disease.

Dr. Brown opened the institution for women after noticing the rising rates, and he and his all-female staff gave new life to hundreds of working-class patients.

One of those patients was Downey's grandmother, Lois Downey, who arrived at Arequipa with a terminal tuberculosis diagnosis in 1927. Lois recovered and went on to live 102 years.

"All my life I grew up hearing stories about this place," Downey says. "The fact that my grandmother was alive to tell those stories was due to Arequipa and Dr. Philip King Brown specifically."

When telling these stories, Downey's non-fiction writing reads like a novel, focusing on the characters and their motivations as much as the events of the story.

"I find Dr. Brown such a fascinating person, this male doctor who cared so much about women's health," Downey says.

Downey's work on the novel dates back more than 30 years, when she first interviewed her grandmother about Arequipa.

Since then, Downey has collected interviews and profiles of several former patients, and draws on historical records and photographs she found stashed on the property decades after the sanatorium closed.

The book's stories are interwoven to offer a day-in-the-life look at the center, highlighting how women hand-knitted clothes during the war and made sought-after pottery when they weren't resting in the fresh, Marin air.

The book also provides a bit of a history lesson on the threat of tuberculosis and offers insight into medical practices of the time; like how Dr. Brown hired volunteers to run the X-ray machines.

Still, the women of Arequipa are the stars of the book, and Downey turns these mostly-forgotten names into real-word figures.

"For me, stories about people is what drives our interest, we're hardwired for narratives as human beings," she says. "The institution is just the place where it happened. I am writing about the people who shared their time in this institution, that's what matters."