'Magic in the Moonlight' not so magic 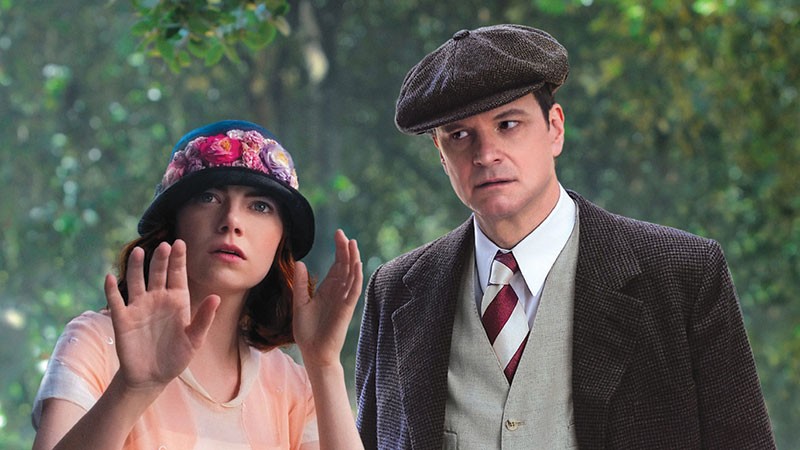 Sentimental attachment to Woody Allen's movies and disgust with trial-by-Twitter make me want to consider Allen's new film, Magic in the Moonlight, outside all the controversy over sexual misconduct now surrounding the director. But unfortunately Moonlight is all about a middle-aged man trying to expose a young girl as a liar.

The main character in this stuffy, creaky comedy is a misanthropic British stage magician named Stanley Crawford (Colin Firth). One day an old friend (Simon McBurney) informs Stanley about a female spiritualist preying on a rich family in the Riviera. When the magician arrives to expose the fraud, the spiritualist, Sophie (Emma Stone), turns out to be a large-eyed slip of a girl from Kalamazoo. Moreover, she seems to be legitimate.

The soundtrack flogs a few moldy familiar tunes. Some of them come from Sophie's boorishly persistent beau, Brice (Hamish Linklater)—very rich, but addicted to bad ukulele playing. It's surprising how Allen refuses to construct a love triangle sturdy enough not to blow over in the first strong breeze.

Stone has the frame for those Jazz Age sheaths, and she makes you wonder if she couldn't have done a better job as Daisy Buchanan than Carey Mulligan recently did in The Great Gatsby. Firth and Stone keep this minor comedy from unwatchability. Still, Allen has rarely seemed so distracted. Sophie's ability to talk to the next world immediately challenges Stanley's disbelief in God.

No matter the ultimate outcome of Stanley's crisis, Magic in the Moonlight is the first Allen movie that gives us a big, old-fashioned prayer scene. It's hard not to be dismayed by Stanley's agnostic angst with lines like "I believe that the dignity of man is not enough!" In the context of a bum romance, with no quotable jokes, the open religiousness in this movie makes it seem all the more certain that this film won't have a prayer.

'Magic in the Moonlight' is playing in wide release across the North Bay.