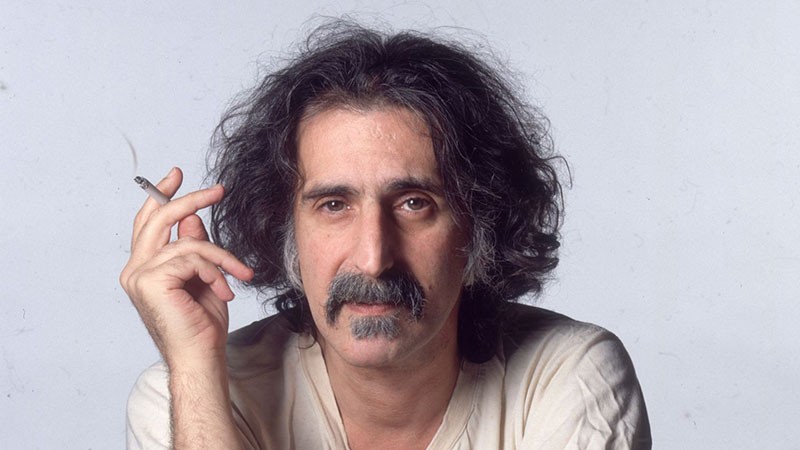 Like most cranks, Frank Zappa (1940–1993) was pissed off by a lot of things. The passivity of his fellow American citizens upset him as much as the invention of expensive designer jeans. Thorsten Schutte's documentary Eat That Question: Frank Zappa in His Own Words is a collage of Zappa enduring his least favorite activity: being interviewed.

Zappa called interviews "the most abnormal thing you can do to a person." He's prickly, occasionally seething, as yet another journalist sweetens him up for the camera with comments about how loved and hated he is.

Zappa received more attention for novelty songs about yellow snow and stinky feet than he did for his Edgar Varèse–inspired orchestral compositions. He always low-balled highbrow music. Like Liberace seguing Liszt into "Three Little Fishies," Zappa and his cohorts could interject "The Teddy Bears' Picnic" into free jazz, with a chorus of vocalists retching theatrically.

Much of Eat That Question is about Zappa's life-long fight against censorship. For inane reasons, MGM records cut Zappa's oddly nostalgic song about Southern California's Inland Empire, "Let's Make the Water Turn Black." In the 1980s, Zappa was in suit and tie testifying at the Senate's record-rating hearings.

Schutte argues that Zappa was always better respected in Europe than America—the proof is in the presidential reception Zappa got in the Czech Republic. Less known is Zappa's work as a technical pioneer. He explains to the camera how to use a Synclavier, a 16-bit, magnetic disk sampler, many years before every home had an electronic keyboard.

The Zappa estate approved this documentary, and so the man's private life stays out of bounds. Zappa cared nothing for drugs stronger than cigarettes. He fell early, not from an OD, but from prostate cancer. The movie is the puzzle of a hardworking and even morose figure, drawn irresistibly to silliness.